You’ve heard that you are what you eat. If you’re looking to conceive, you might want to be a fruit or vegetable. You’re better off being an oyster than a fat, juicy piece of steak. And if emerging studies bear any weight, you should be rich in antioxidants.

The benefits of antioxidants are widely published and well-known. They include protection against Alzheimer’s and cognitive decline, cancers and possibly heart disease.


Research is ongoing, but there’s a possibility that antioxidants also boost fertility. In recent clinical studies based in New Zealand, researchers found that sub-fertile men taking antioxidant supplements were four times more likely to conceive than sub-fertile men who didn’t. 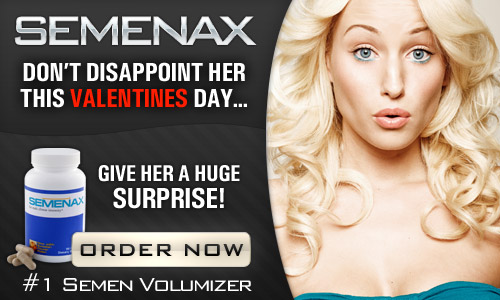 Sub-fertile refers to men with lower sperm count than average, but still capable of conception. Researchers theorize that up to 80% of cases of delayed conception in sub-fertile men is attributable to the effects of oxidative stress on sperm cells, which lowers both count and quality.

Oxidation is a process in which molecules called free radicals damage DNA and cells’ ability to function.

Antioxidants are molecules, including certain vitamins and nutrients, that stabilize free radicals and thus protect cells.

In New Zealand, researchers analysed 15 studies of 96 pregnancies among 964 couples. Among these pregnancies, males who took antioxidant supplements boosted their chances of conception by four.

Researchers say it’s too early to conclusively say whether or not antioxidants alone can boost fertility. But antioxidant-rich foods, including green leafy vegetables and fruits are linked to higher fertility in men.

In other words, certain foods are proven to increase chances of conception. And if these foods are rich in antioxidants, as most are, there’s a good chance you’ll be adding a nursery to your house very soon.

Vitamin E and zinc are antioxidants with especially high influence on male fertility. Olives, mangoes and tomatoes are all high in vitamin E, whereas oysters and pumpkin seeds are good sources of zinc.

Having said this, there are sources of antioxidants known to negatively influence male fertility. These include coffee, tea and animal products with hormone content, including meat. These foods, while high in antioxidants, have other ingredients that interfere with the fertility-boosting effects believed attributable to antioxidants. Tea, while generally very healthy, contains caffeine, which can inhibit fertility.

You can complement the potential effects of antioxidants and healthy diet on male fertility with Semenax, a proven, all-natural semen volume enhancer and producer of healthy and plentiful sperm.

Much of Semenax’s effectiveness comes from its blend of minerals, herbals and amino acids used since ancient times to boost sex drive and enhance overall sexual health.

Pumpkin seed, for example, is an ingredient in Semenax, rich in zinc and renowned for its ability to stimulate the male sex drive. Studies also suggest that, in addition to producing healthy sperm, pumpkin seed may also protect against prostate cancer.

Semenax boosts sperm and aids male fertility with healthy sperm and larger semen loads. Both of which increase the odds your sperm will find a happy home.

While the foods in this article are known for their health and fertility-boosting properties, today’s fast-paced lifestyle can make it difficult to eat a healthy and balanced diet. Using a proven semen volume enhancer like Semenax ensures you’re getting essential vitamins and nutrients conducive to sexual health and male fertility.

Getting to Know Kegel

Dr. Arnold Kegel, a gynaecologist, developed Kegel exercises originally to normalize women’s vaginal shape after giving birth, thus tightening the genital’s muscles. But today, the exercises are practiced by both males and females to improve their sexual performance through delivering powerful orgasms. When these exercises are done, men actually are strengthening their pubococcygeus (PC) muscle or the pelvic floor muscle and as such, more blood will flow to his pelvic region. After strengthening the PC muscle, the guy will increase his potential for better and powerful orgasms.

Kegel is done whenever and wherever a man is comfortable with–in his office, before bed time, or during a phone call. But it is essential to locate his PC muscle first before proceeding. PC is the muscle used when stopping urination, so it is advised that during normal peeing, one should momentarily stop the flow of urine and feel the muscle he used. After several days of repeating the locating process, he can identify the muscle correctly and realize his power over it. Another way of locating PC is by moving the erected penis upward and downward. If one can move up his genital even to a few heights, it means he has already tightened the penis muscle.

After locating the PC muscle, one can start squeezing it very hard for 3 to 5 seconds and relax it for another 5 seconds. First time doers can check their baseline by counting the times they have squeezed the muscle before getting tired. This set can be done for at least two weeks. After figuring out the baseline and doing the basic exercises, one can have a more improved set by performing repetitions. He may start with 5 repetitions (reps) of squeezing, holding, and releasing. If he can tighten the muscle longer, like 6 to 7 seconds, so much the better, but if he cannot, there is no reason to get forceful. However, if along the way, one feels uncomfortable, he can reduce the reps to the most convenient number.

Ideally, practicing Kegel should be at least three to four times per day. After several weeks of continuous practice, one is advised to gradually increase his reps to 10 sets with 10 counts of squeezing. Of course, every body is different from another so it is unlikely for first timers to do this at once. Also, it is recommended to perform the exercises in varying speed and intensity. For example, he can experiment on the longevity of his squeezing along with the rapid switch from squeeze to release. But there is no point in pushing oneself, so each one is advised to perform Kegel in the most comfortable speed and manner for him.

When practicing Kegel exercises, it is best to relax the body and focus on doing Kegel the right way. One should avoid tightening other muscles such as the sphincter, buttocks, thighs, and abdominal as these may reduce the efficiency of the whole exercise. This is why it is so necessary to correctly locate the PC muscle because there is a tendency of tightening the incorrect muscle.

The man who is entirely serious in improving his orgasm should make a deliberate effort in performing Kegel exercises regularly. However, it is actually not necessary to set up a time for the exercises because just about anywhere and anytime, one can do them effectively. Furthermore, Kegel is meant to enhance the pelvic floor muscles so there is no reason to force one’s body as this can be harmful. If the exercises become painful, it might mean that improper practice has been done and in such case, it is wise to stop performing the exercises for one day. Now, if the pain becomes too unbearable, it is recommended to seek professional help.